Our Practice Manager, Patrick, joined Abingdon Square Veterinary Clinic in December 2016. He graduated from Abraham Lincoln High School with a major in Animal Science. He continued his training in Veterinary Technology at LaGuardia Community College in New York City. He also attended the New York School of Grooming and received his license as a Certified Dog Groomer. Patrick has extensive experience working in the animal medical field. He began as a Veterinary Assistant at the American Society for the Prevention of Cruelty to Animals (ASPCA) in New York City and then became the Office Manager at a small animal hospital in Harlem. He then worked as a Clinic Supervisor at a multi-location practice in the Tribeca/SoHo area. He went on to become the Technician Supervisor and Purchasing Manager at a large full-service animal hospital in New York City. Then he worked as the Hospital Manager of a practice on the Upper East Side.

Patrick’s knowledge of veterinary medicine and hospital management combined with his concern and compassion for animals and their owners makes him a valuable asset to the Abingdon Square Veterinary team.

A native of the Lower East Side, Jennifer always thought she wanted to be a pediatrician. Then, when she was 18, she got a job at a cat hospital in Brooklyn. From then on, she knew she wanted to work with animals.

Having grown up surrounded by pets – her childhood home was full of dogs, hamsters, fish, rabbits, and guinea pigs – she first pursued a vet tech degree at Mercy College before realizing she actually preferred the clerical and client service side of things.

Her favorite parts of her job at Abingdon Square include interacting with pets of all different personalities and getting to know our clients and patients on an intimate, family level.

When she’s not working, Jennifer can be found spending time with her husband and two amazing daughters. Her furry family includes a toy Yorkie named Boogie and a Chiweenie named Cinnamon.

Born in Castle Hill, Noelle has lived in Rockaway for most of her life and has always had pets. Those companions included parakeets, turtles, fish, and a dog named Rex, who is the reason she is now in the veterinary field. While she has always wanted to be a writer and storyteller, Noelle made a big impression on the staff of her local veterinary hospital when her dog Rex became a senior and needed regular medical care. They ended up offering her a job, and years later she is still happily working at a veterinary office!

Noelle’s considerable knowledge about animal care has been learned on the job, and she says her favorite part of veterinary medicine is educating pet parents and seeing sick pets get well when they get the help they need.

When she’s not at work, Noelle can be found with her nose in a book or crafting stories of her own. She also enjoys travel and spending time with her family which includes a dog named Ginger and a cat named Alice.

Markita was born and raised in Forest Hills, Queens. Her first pet ever was an orange tabby named Hector, and she knew from a very young age that she wanted to work with animals in some capacity. She learned much of what she knows from her sister, who has been a veterinary technician for more than 15 years. Markita also spent time training with a low-cost mobile veterinary program before finding her way to ASVC. Her excellent communication skills and ability to connect with clients has made her the perfect fit as a receptionist here at Abingdon Square Vet. She loves educating clients on puppy and kitten care, and greeting them with a smiling face every day that she comes to work! At home, Markita lives with three cats (Penelope, Dexter and Chase), one Pitbull named Hatch, three bearded dragons and a leopard gecko. When she isn’t working, she enjoys taking Hatch on long walks and dining out.

A Brooklyn native, Staci grew up surrounded by pets that included cats, fish, a turtle, a hamster, and a rat. Her first cat Pyewacket inspired her desire to work in the veterinary field, and she made it happen by completing the Animal Science Program at her high school, getting a BA at Hunter, then earning a Vet Tech degree at LaGuardia. Staci says that emergency medicine as well as working with birds of prey and other exotic pets are her favorite parts of being in the veterinary field.

Staci shares her home with two cats, a Quaker parrot and a goldfish named Flounder. When she’s not helping pets at the clinic, she is a sports fan who follows the Brooklyn Cyclones, the Philly Flyers and enjoys reading, journaling, needle crafts, fishing, and hanging at the beach.

Born and raised in Texas, Jenny has really always wanted a career as an international assassin—but says no secret government agency has contacted her about the job. (We think she’s kidding…or at least we hope so!)

Lucky for us, Jenny settled on a less-lethal profession in animal care and has nearly a decade of experience, education, and certifications in the veterinary field. She says she loves giving back to the community by providing excellent patient care, educating clients, and helping keep pets healthy. Her special interests include nutrition, dermatology, and anesthesia.

Born in Boston and raised in NYC, Anthony had a betta fish named Bubbles as a child and wanted to be a dolphin trainer. While he realized early on that dream might not be realistic, he knew he wanted to work with animals when one of his pets became ill and he didn’t know how to help.

Fast-forward and Anthony has education from Penn Foster and over 16 years of experience as a veterinary technician in both New York and Florida. He loves being able to meet and help so many different kinds of pets here at the clinic.

Christie was born and raised in New Canaan, CT, to animal-loving parents—which meant she was surrounded by a variety of pets: cats, dogs, hamsters, birds, and even an iguana.

Christie herself became a horse fan and was an equestrian from ages 5 to 25. While she initially pursued photography in college, the chance to sit in with a veterinarian while he was caring for her horse ignited a passion for veterinary medicine. She has since worked her way up from kennel assistant to veterinary technician and has over seven years of experience in that position. She’s also developed a strong interest in veterinary dentistry and hopes to specialize in that area one day.

Christie shares her home with two cats named Tyrone and Beans as well as her dog Biggie Smalls. Although she no longer owns a horse, Christie still enjoys horseback riding as much as possible and when she has free time indulges her passions for eating and sleeping.

Jessica grew up in Maryland and Florida wanting to be a veterinarian. After receiving training in animal handling and as a veterinary assistant, she made the move to New York. Prior to landing at Abingdon Square, she most recently worked at Manhattan AMC. She says her favorite part of working in the veterinary field is using gentle techniques to handle pets and the love that she feels from our pet patients when we help them.

When she’s not working, Jessica enjoys cooking and spending time with her three dogs and pet chinchilla.

Alexis was born in Sacramento, California, where she was raised with rats, rabbits, cats and dogs. As a child, she wanted to own a doggy daycare. She later pursued veterinary technician training while volunteering at a local animal shelter. COVID stopped her from attending classes, so she began working as a veterinary assistant and joined the Penn Foster program to become licensed. Alexis loves building relationships with clients, making them feel secure and comforted that their pets are in caring hands.

She shares her home with a cat named Scone and a dog named Thor. In her free time, she enjoys making pet portraits for friends, calligraphy, relaxing at home, and walking in the city exploring new areas.

Ashley was born in the Bronx and grew up with kittens and fish. As a child, Ashley wanted to be a special education teacher for children with autism because her brother is on the spectrum. But years later, when she adopted her own cat as an adult from a shelter in upstate New York, her life was changed for the better — and that’s when she knew she wanted to work in the veterinary industry. Ashley went on to spend years volunteering at local shelters before earning her animal care certificate. At ASVC, Ashley enjoys helping our doctors and technicians to provide truly compassionate care to the pet patients we see. She shares her home with her cat, Hermione, and enjoys cooking, reading and watching movies and TV shows in her spare time.

Marcello was born in Greenwich Village, where he grew up with cats, dogs, fish and a lizard. He loves being close to animals, as well as being involved in medical treatment for them. This no doubt grew out of his experience with pets as a child and is why he has always wanted to be in the veterinary field. He has worked in Oswego and interned in Manhattan and Westchester.

Marcello shares his home with three cats, and in his free time, he loves to read, study, work out and socialize with friends.

THE CARE YOU WOULD
WANT FOR YOUR FAMILY. 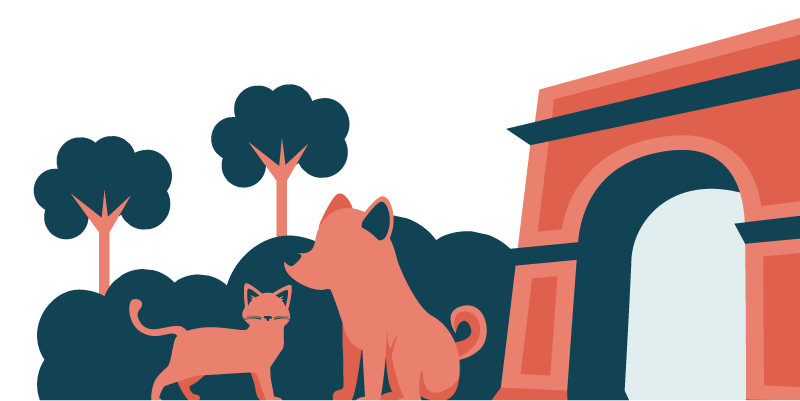